.
You are here: Home / Blog / The Trouble With Packing…
So! It’s holiday time again – and wherever you’re off to, you’ll be packing stuff.
We are off as soon as the bell rings to signal the end of school. And already I’m planning / dreading the packing.
See, you’d think that having teenagers might mean they pack for themselves, and indeed that should be the case, but you know and I know that they’d arrive with out any pants and asking where their shorts are.
So, in my usual style of ‘file it under later’ I’m ignoring the tsunami and I’m thinking I’ll get my stuff sorted first, and then move on to the rest of the many layers of what’s left once I know what I’m doing.
MrH, the kids & the vast first aid kit  ‘just incase’ (I even roll my eyes at myself, at the amount of first aid that comes with us, I reckon I could set up a small field hospital, should I need to. OMG I hope I  don’t have to – I’ll get some more plasters incase ) not forgetting all the gadgets and wires – although they are all on point when it comes to stuff like that. Of course they are.
So, let’s get this Holiday Capsule Wardrobe planned.
I’ll do it like they say to in the magazines. You know the type of thing, they photograph it all, flat lay style, to show us how easy it is to take a Breton stripe tee shirt from day to evening with the addition of, I dunno, a gold belt and a different eyeliner.
Largely, this capsule malarkey depends on your destination. OBVS if you’re off  to Cornwall, the capsule rule goes out of the window and you’ll need to take everything & the kitchen sink. Layers. Lots and lots of layers. And some extreme weather gear. That is the secret to guaranteeing that the sun will shine and you won’t need any of the thermal stuff you took just incase. Also guaranteeing a jubilant husband who says something like ‘Seeeee! I TOLD you I only needed a pair of shorts, a t shirt and one pair of pants’ (yeah yeah you could pack that in a small plastic bag I know)
Every year I plan to take less. (Leaving room for holiday purchasements, clearly) and every year I fill the darn suitcase. It’s a strange phenomenon. After planning in my head that I’ll only need flip flops and sandals (maybe trainers too, oh and I love those powder blue sandals I’ve never worn, I’ll put them in cos I might actually wear them, and flip flops hardly take any room do they so I’ll put three pairs in. And I’ll need heels, but will prob take a couple of pairs, because, and this is a proper argument, I don’t know what I’ll feel like wearing?!! And so it goes on. Please say it’s not just me) it all goes pear shaped very quickly.
Bikinis. Least said about them the better, but I’ll pack them, cos they’re small and don’t take up much room… Tick follows tock though so now I’ll need a couple of cover up thingies, to cover up said bikini.
The thing with an outdoor breakfast buffet, (stay with me) is that there seems to me, to be an unwritten rule that you can’t just rock up in denim shorts and a vest. Breakfasting women sort of waft in, wearing silky kaftans and usually have the type of husband in tow, who wears pink shorts, leather deck shoes and a polo shirt with the collars turned  up. They’d have a cricket jumper round their shoulders too if it wasn’t already hot enough to get too hot under that turned up collar
So that’s another dress code trauma – I think a list would be a good idea. And right now I have about 8 tabs open with Anthropologie Sale (I’ve discovered ‘skorts’ on there, AND ordered them! Can’t decide if they’re brilliant or awful. Jury is out..)  various other sales, what to do about Zika Virus, (which is now in Bali and that’s where we are going, mind you none of us are planning on getting pregnant so I think it’ll be ok) baggage allowance for the airline, and Debenhams suitcases (also in the sale) as now I’ve remembered the zip is broken on one of our old ones. (There’s a link Here to the suitcase we chose – the price is amazing!)
And you know what, after all this, I’ve decided I’m not a Capsule Wardrobe kinda gal! I’ll just do what I usually do, pack way too much stuff and won’t wear half of it, then have a flap at the other end when I’m packing to come back, that we (okaaayyyy, ‘I’) have gone over our baggage weight allowance.
But all is well, because somehow I’ll manage to make room for my ‘Instagram Hat’ (chuckling at self) if you fancy an ‘Instagram Hat’  here’s the link –Oliver Bonas Instagram Hat – ps it’s not really called that – I just called it that. 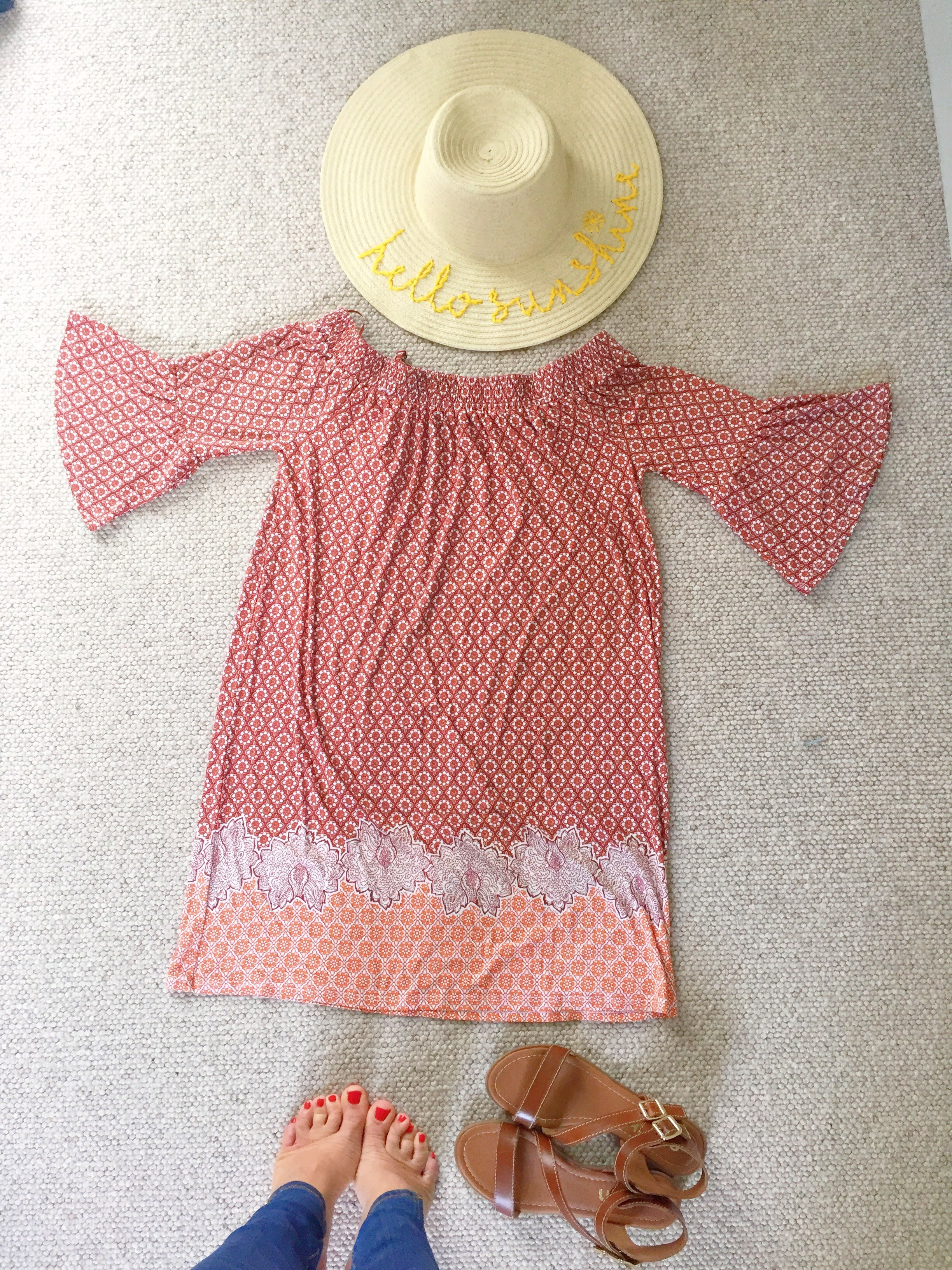